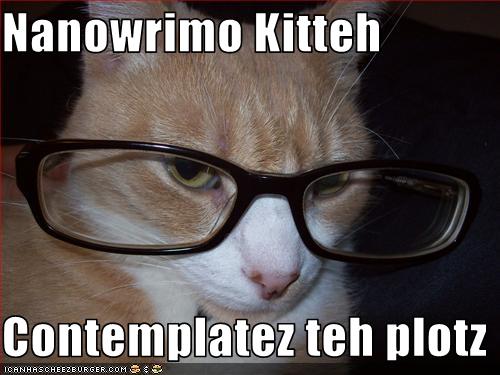 Wow, Day 28 already?! If you’re also doing NaNoWriMo (National Novel Writing Month) like me you’ve only got today through Friday to reach 50,000 words. I’m on track so far with just over 45K written as of last night for my new novel (my fourth full-length novel) NOT ANOTHER DARCY, which is a meta fiction romance where literary characters come to life. I’m having a lot of fun with it, but I’m going to keep this post short, because, you know, need to get in the wordage this morning before I head to work.

I’ll post next week about the experience and some things I learned, plus a new spreadsheet I created for plotting, but right now I wanted to touch base with everyone and see how you’re doing with NaNoWriMo? Are you on track? Have you already hit the magic number? If you’re struggling, don’t look at the final number you need to get, try to instead focus on how many words you can write in an hour and try to clear blocks of time with no distractions and hit that goal. And keep going for another block of time. I can’t recommend the Twitter hashtag #1k1hr enough–it’s saved my bacon a number of times! By focusing on smaller goals, you reduce the amount of stress/freakout you’re experiencing with the number of words needed to finish. Good luck!

Some of you have been asking about MUST LOVE BREECHES and what’s happening with it now that I have an agent. Unfortunately, our plans to submit Nov 1 were derailed due to Hurricane Sandy, so we’re going to submit in early 2013.

My first release, BEER AND GROPING IN LAS VEGAS, is still on track to be released on December 19th with Secret Cravings! Right now you can add it to your Goodreads shelf until it becomes available for pre-order on the Publisher’s site. Sadly, it probably won’t make it to Amazon’s database until after Christmas. Does anyone have any tips for me on pimping it? Still learning the ropes. Thought I’d make a postcard of the cover with a QR Code on back for buying…

This is an open thread to pimp your upcoming release, or to share how you’re doing on NaNoWriMo!

ALSO, TAKE A FEW MINUTES TO BACK UP YOUR PROJECT! I’ve heard horror stories, just saying…