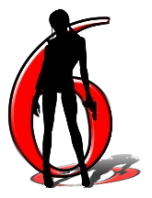 Welcome to #SixSunday! For my American friends, I hope you had a happy and safe Thanksgiving holiday! I will be traveling back today, but hope to visit everyone either before I leave or after I return.

Today’s Six Sunday I’m continuing with my upcoming release, BEER AND GROPING IN LAS VEGAS due out December 19. We’re skipping ahead to later. Riley is with his blind date having dinner and they’re getting along well. Riley’s the first to talk and we’re in Riley’s POV:

Their conversation meandered to the endless Hollywood remakes. “My theory on the whole thing is…Well, it’s…Jeez, what’s the alcohol content of this beer anyway?” He peered at the frosted mug as if it were stenciled on the glass.

His head jerked up. A Monty Python fan?