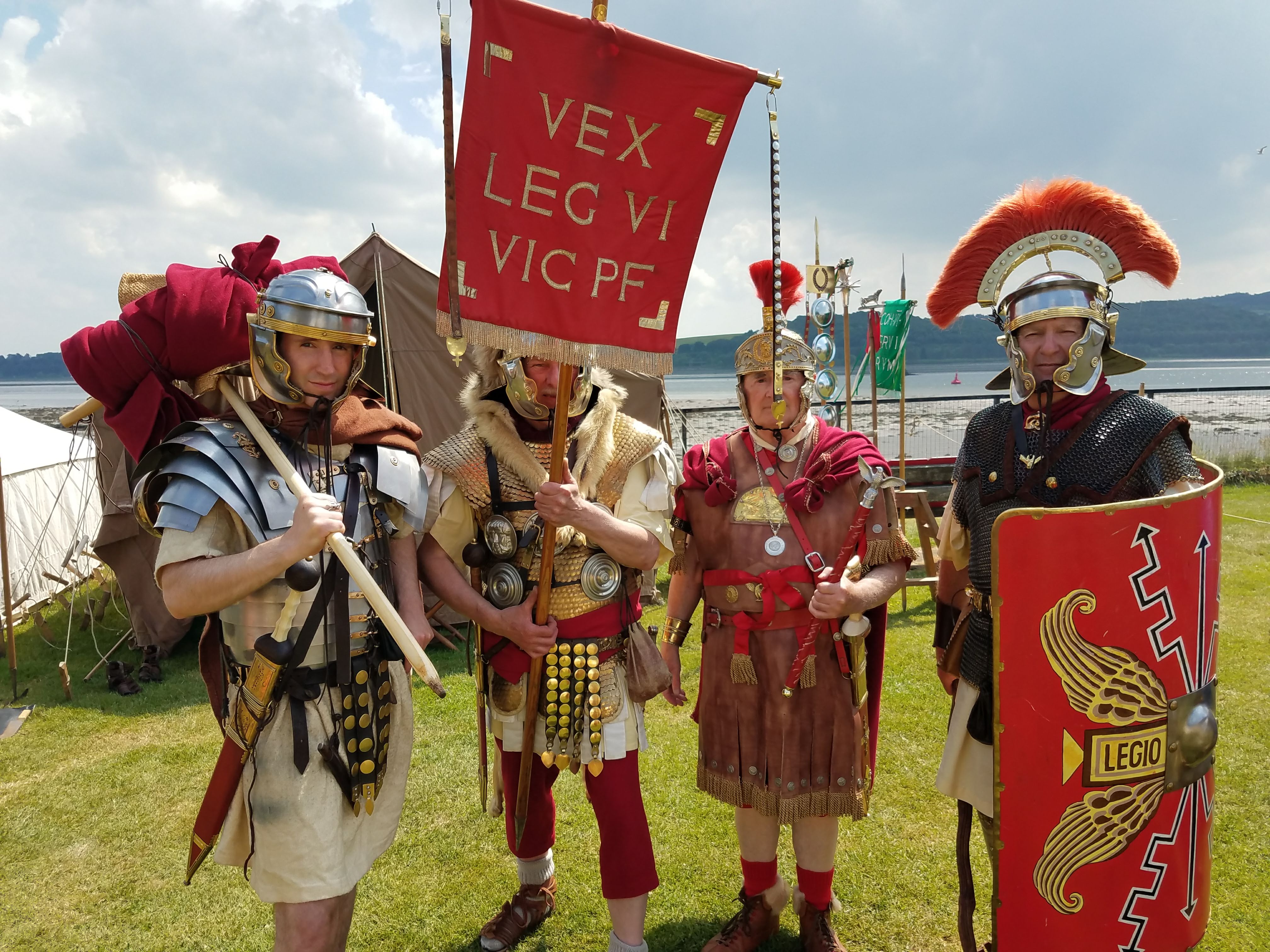 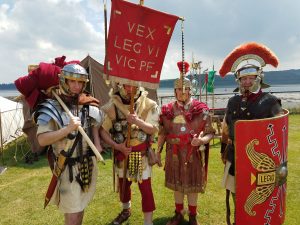 Saturday I went down to Dumbarton Castle for the Rock of Ages event–a living history demo on their grounds featuring reenactors from different periods of Scottish history. The lady at Auld Kirk Museum told me about it and that her husband was a legionnaire! So I joined the streams of people heading in (it was great seeing so many people turn out for a history event!) and made straight for the Roman encampment and found her husband. He and the other Roman reenactors were extremely helpful and answered any question I could think of and shared their knowledge. It was great being able to see them bring an encampment to life!

One did a prayer to Mithras for me and told me about their different religious rituals. I took lots of notes and pictures, for sure! While there, I also walked up to the top of Dumbarton Castle, which gave a 360 degree view of the area. Looking down gave me an excellent view of the Clyde, which my characters would come down. It’s also where Mary Queen of Scots, as a little girl, set sail for France.

The sun was shining again today, and I nearly became overheated–I don’t know how those reenactors managed in all their gear/getup.

See photos from this event and of the castle

By the time I finished talking with them and was back at the car, it was after 4:30. I toyed with the idea of going to another site but that would have meant another late night and I needed to write postcards, pack, pre-write this (since I’ll be at the airport when I normally do this) and just relax a little, LOL. On the way home, it started to rain and there was a thunderstorm raging outside the pub while I ate dinner, complete with cracking thunder. It’s like the weather had been holding itself in all this time and finally had to let loose.

All in all, another wonderful time in Scotland, where I not only got to see some truly amazing sites, but found locations I needed for the book, and learned so much. I’m bummed this is my last night, but I know I’m lucky to have been able to come!

I hope you enjoyed coming along with me virtually!