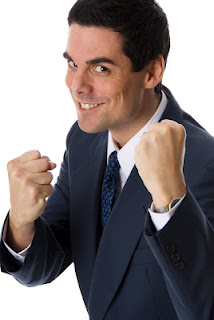 Wednesday’s post on the dirth of non-Alphas in Romance generated a lot of interest. One thing that came out of it is the misidentification of what makes a true Alpha. So, I thought I would ask one of my critique partners who loves true Alphas to guest post. Without further ado, please welcome Rachele Ayala:

*******
Recently there has been a backlash against Alpha Males in romance novels. The typical Alpha is defined as a brash, dominant man who is all brawn with little brain. He overpowers anyone who gets in his way, is ruthless and forceful and comes off as an unfeeling jerk. He is often so mean and hard-hearted, mechanical and emotionless that he’d be better off portrayed as the villain.

Sadly, I don’t believe any self-respecting woman would sympathize, much less fall in love with such a man, and I have a hard time portraying this type of man as a hero. Which leads to my definition of an Alpha male…

He is 100% male, unabashedly a man, and one who does not apologize for being a man. He knows what he wants, sets goals, is sexy as all get go, and is protective of those he loves. Show me a hero, and I’ll show you a man who’s loyal to a fault, decisive, and in command in every area of his life except for his heart. He does not sip tea over crumpets, nor weep at movies, but in a disaster or a life-threatening situation, he takes charge and acts. He has a tough exterior to protect that tender little boy’s heart and presents a challenge for the heroine to overcome.

To Alpha or Not to Alpha

Our heroes should be complicated, interesting and larger than life. This does not necessarily mean fitting him into the stereotyped Alpha role. The recent trend toward describing an Alpha as super muscular, taller than a monstrous Highlander, with biceps the size of basketballs, and a vocabulary even Arnold would eclipse causes stilted and clichéd stories. In order to match these domineering men, the heroines have become bitchier and pricklier than porcupines with steel-tipped quills. Romance becomes a War with the reader rubber-necking for the unbelievable HEA.

A hero does not have to be traditionally Alpha to be interesting. As my critique partners point out, I have unorthodox heroes and not quite so strong heroines. A hero may have an Alpha edge and a bad-boy vibe with the suspicious scent of danger. He may have a trick up his sleeve, but he is determined and single-minded, possibly jealous and possessive. Any relationship with him is destined to be a turbulent ride.

How do we portray a man, one that has Alpha traits but does not fit the stereotype? By exploring and deepening his interactions with the heroine and other characters in a unique way. He may be dishonest in one area, but have high minded principles elsewhere. Perhaps he has trouble keeping his pants on, but he respects the heroine’s religious beliefs and refuses to compromise them. He may go to great lengths to deny his feelings for the heroine, but his instinct to protect overrides his denial and he charges forth, sometimes in a controlling or overpowering manner. Deep inside, he’s a softy, and she may be the only one who sees that side of him.

How to Tend to Your Male Hero

Keep your male hero strong. Give him a heroine who will stand up to him, but also comfort him and forgive him his faults. Never make him violent toward your heroine or any other woman. If he needs to get violent, have him beat up the bad guys.

He may be uncommunicative about his needs and make the wrong assumptions, but do not let him push the heroine for sex. That is reserved for villains. The heroine should always feel protected and safe with the hero. She should trust him never to intentionally hurt her. Give him a moment with a small child or injured animal so she can observe his nurturing side.

He may have a one track mind, is unbending in his beliefs, but he’s got that soft core inside a hard exterior. He’s not everyone’s best friend, and he presents difficulties, but once the heroine in his heart, she’s there to stay. And did I say protective? A strong hero feels responsible. Hand him a problem and he’ll solve it for her instead of asking her how she feels about it.

He is secure enough in his manhood to be strong and yet sensitive on the inside, controlling and yet yielding when he has to, silent yet expressive in multiple nonverbal and sexy ways. Being loved by a strong male is feeling secure and protected at all times, able to let him take the lead and make the decisions, but never pushed-over and dominated.

Being a hero is tough. He is expected to be strong at all times, have all the answers, and not show any weakness. But when life dishes out heartaches and grief, the one set of arms he can turn to is the loyal and nurturing heroine, herself a survivor who understands the pressure he is up against. And the one thing that makes him so rewarding is his single-minded love. This is a man who doesn’t go around telling about his love, but shows it in the privacy of his heart by his actions, whether the tiny choke whenever he sees her off on a long trip, or the possessive stance when another man gets too close. One thing’s for sure. It might have been hard to penetrate his hide and steal his heart, but once an Alpha loves, it is forever.

What do you think? Do you like your heroes strong and silent, or weepy and your best girlfriend? What characteristics of a heroine do you like to see paired with a strong male hero? Would you write the stereotypes in hopes of being published? Or would you take a chance and write fresh and unique individuals?

Rachelle Ayala is the penname for a retired software engineer, a mother of three and a Ph.D. in Mathematics. While FORTRAN was my first language, C my second, and Java my third, I indulged in English to write short, satirical stories about my work life.

My first full-length novel, Michal’s Window, portrays the life of King David through the eyes of his first love. It is due out this year. My second novel is a romantic suspense about a software build engineer caught among a bunch of reckless drivers.

I look forward to chatting with you.