I’ve been meaning to pen this post for a while, and Jami Gold’s post from yesterday, How to Use Character Flaws to Develop a Plot, spurred me on. In her post, she talks about using either the Myers-Briggs or the Enneagram to help with finding character flaws, and syncing them with Michael Hauge’s Six Stage Plot Development.  Definitely scoot over there and read it–I’ll wait 😉

Back? Cool, huh? Can you see why we’re Beta buddies? We’re both plot nerds 🙂 I haven’t studied Hauge’s techniques, but I definitely will now. Another one I really like is Larry Brooks’ Story Engineering: Mastering the 6 Core Competencies of Successful Writing

. It’s a must-buy, I think, but one of the aspects he covered that really stuck with me was his talking about the three dimensions of character. He says that all characters, like people in real life, have three dimensions, or aspects.

Around the same time I was digesting all the wonderful advice from Brooks, I was also obsessed with the Enneagram. I probably have about seven books on it. So when I read about the three dimensions of character, I saw a connection I could use with the Enneagram. Remember in Jami’s post where she talks about Average health and Healthy versions of the same personality? What I like to do is pinpoint a character in the Average health range and have their responses to stress, their third dimension choices, come from the Average health range. Then by the end of their arc, they’re making third dimension choices in the Healthy range.

So just how to use/study the Enneagram? Word of caution–you could easily get sucked in trying to find your own type and those of your loved ones. Try to stay focused on your characters. With that in mind, here’s some books I recommend to help with character development:

— this is the one you want to get to learn about the stages of health for each personality type. It breaks it down to nine levels: three in the healthy stage, three in Average, and three in Unhealthy. To keep with Jami’s example of a Enneagram 2, Mother Theresa was a Level 1, a selfless giver. Tons of wonderful traits at this level, but when you get to the unhealthy levels? An unhealthy two partly corresponds to aspects of histrionic personality disorder in the DSM-IV psychiatric types! I like to put my characters at or around a Level 4 (Average, but at the highest rung for Average) and move them to Level 3 or 2.

Are You My Type, Am I Yours? : Relationships Made Easy Through The Enneagram

– since I write romance, I like to use this to get some ideas for how their relationship dynamics might work. It has a comparison for each type match. So if you have a 2 with an 8, it’ll tell you what they like most about each other and what annoys them. For an in-depth look at the Enneagram, this is not your book, however. It’s pretty basic.

– this is a good one for looking at the different types specifically with creating characters in mind. It goes into each types Inner Fear/Wound and their heroic strengths. If you’re on a budget, you can skip the Are You My Type book above, as this one also compares each type together in a relationship.

The Literary Enneagram: Characters from the Inside Out

— This one is great too, but it approaches it in a different way. It goes through each type and uses examples from literature to demonstrate/show each type, from healthy to average to unhealthy.

Or if you’re of an age where this makes sense (I’m not), here’s another way to look at them 🙂 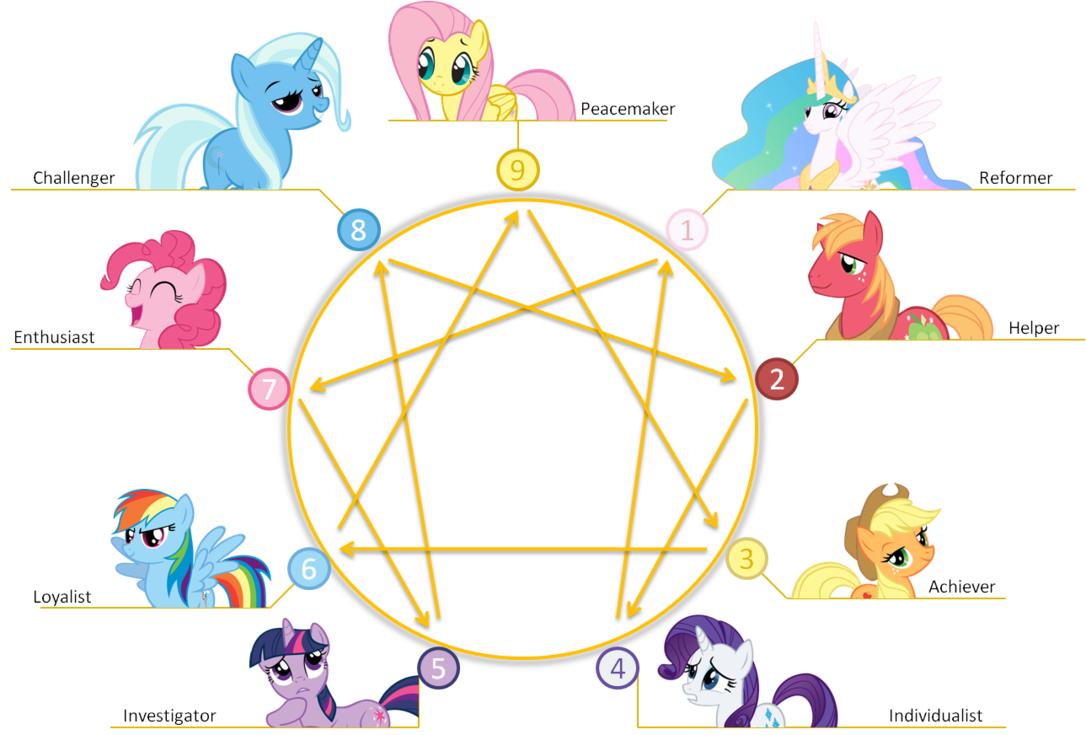 So have you used the Enneagram or Myers-Briggs to help with character development?