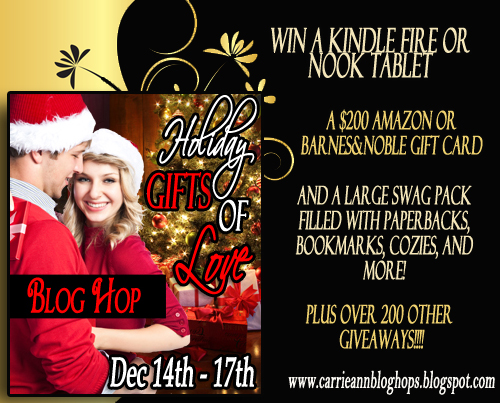 What is it about the holidays that makes us so giddy? Why is it that so many romances are set around the holidays? What’s your favorite holiday book? Your fave holiday romance? Tell us! We’re blog hopping to celebrate the holidays and our love of romance!

I thought I’d share what makes it special for me. I live in an historic house in Mobile, and I’m the 5th generation to live here. But before I moved here, I came for Christmas along with all my other kith and kin to celebrate. Of course food and drink were a big part of it. I learned how to make Old-Fashioneds from my uncle. Cousins Night was Christmas Eve, when my cousins and I would gather in one of the bedrooms and party and catch up on what we’d been up to the past year.

But of course, coming from an old Southern family, we have some traditional foods, and I’m going to give you the recipes!  My great grandmother (whom I knew as she lived until 96) we called Grandy, and this is her Charlotte Russe recipe, which we have two gorgeous bowls designated specifically and only for this dish:

Whew! This is our traditional Christmas dessert and Grandy made it this way unless she ran out of time, then she made it the following way. No one knew the difference until she later told my aunts and shared the recipe. Of course, this is how we make it now:

Another traditional Southern Christmas dessert is rum balls, and this is my other great grandmother’s recipe (whom I also knew because she lived into her 90s!). We called her Grandmère (this is in Mobile, original capital of French Louisiana and we’re from some old Creole families)

Crush wafers, finely chop nuts, mix all together well and form into balls. Store btween wax paper in a jar and let sit for several days.

Inspired? Hope you enjoy them!

As part of the hop, we’re giving away prizes!

I’m giving a $5 Amazon gift card to one commenter, just make sure you include your email address in your comment.

By commenting you also get a chance at THREE grand prizes. You can go to EACH blog in the hop and comment with your email address and be entered to win. Yep, you can enter over 200 times!

Now what are those prizes?

Be sure to visit the main host site to hop over to other participants and win more goodies!

What about you?  What’s your favorite holiday book? Your fave holiday romance? Do you have some traditions that make it special?

EDIT: Clarification on commenting. If you only leave your email in the space provided for comments, you’ll only be eligible for my prize, as I’m the only one who can see it. If you want to win one of the grand prizes, you need to put your email address in the comment box too, so that the hop organizers that visit each stop can tally up and pick winners….