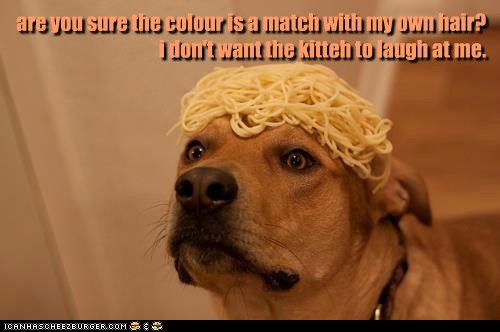 As some of you know, I’ve started the query phase again for MUST LOVE BREECHES. I don’t want to get too detailed about this for obvious reasons, but I did want to provide an update and a cautionary tale.

Some of you know I queried in the spring. I did a short burst to a few agents to test the waters and then stepped back and did another round of Beta readers. Last week, I finally finished revising and polishing from that round. So, initiating query phase again, but this time all out.

So, what’s one thing that I feel comfortable sharing with you while this is going on?

Make sure your curtains match the drapes.

If you’ve been doing your homework and reading blogs and lurking/participating in forum posts about this business, you know that this process is extremely subjective. I’ve also learned that from doing RWA contests. Therefore the varied responses from agents is something I understand (though of course sometimes I have to remind myself of this). But what does this mean?

Since it is subjective, make sure your query matches the tone and voice of your manuscript!

Often I’ll see queries posted in forums and websites for critique, and either due to a timidness on the part of the author, or because it’s been critiqued too many times, all voice, tone and personality is leached from the query. You basically now have very few signposts available to the agent for them to gauge your story. Most likely they’ll shrug their shoulders and say “Next.” You don’t want that. Sure, if you put your voice back into your query, you’ll get agents who’ll cringe or reject because it’s not their thing, but guess what? You want that to happen. You just saved yourself and that agent time, because you’ve successfully given them guidance about what to expect from your manuscript. However, your query now has the correct signposts to alert the type of agent who’ll love your story, and that’s what you want.

To give you an example, I just got this feedback from an agent based on my query and sample pages:

This sounds adorable! I’d love to take a look

Yay! Hopefully, I’ve matched my tone/voice in the query to my manuscript and she’ll still find it adorable. This doesn’t necessarily mean anything will happen with this agent, but my query did it’s job and alerted agents about what to expect with my manuscript.

I’ll go ahead and post my query (minus the opening personalized part):

Isabelle Rochon, a thoroughly modern American working at the British Museum, has finally met the man of her dreams. There’s one problem: he lives in another century.

When a mysterious artifact zaps Isabelle to pre-Victorian London, a thief steals it, stranding her in a place where nobody’s heard of toilet paper or women’s lib. Now she must find the artifact, navigate the pitfalls of a stiffly polite London, keep her origins a secret, and, oh, resist her growing attraction to Lord Montagu, the Vicious Viscount so hot, he curls her toes. But when he asks her to pose as his fiancée for his scheme of revenge, his now constant presence overthrows her equilibrium and kicks in her old insecurities. Why does he have to be so damn hunky, compelling and, well, Drool-Worthy? This is not what she needs. She’d carved off part of herself for another man before and is determined never to make that same mistake again. Staying would be the ultimate follow-the-boyfriend move. Besides, she’d just reassembled her life and getting promoted at the museum will ensure she can remain in London and the life she’s carefully built. In the end, she must decide when her true home lies.

MUST LOVE BREECHES is a time travel romance complete at 98,000 words. It features such historical figures as Ada Lovelace and Charles Babbage. Fans of the TV mini-series LOST IN AUSTEN will love the modern woman’s fish out of water foibles, while experiencing a more scientific and mechanical London. It is similar in tone to THE SECRET HISTORY OF THE PINK CARNATION, and Katie MacAlister’s contemporary romances. It is a standalone novel with the potential to be a prequel in a series of steampunk romances.

I hold a Masters in Heritage Preservation from Georgia State University and am an RWA-PRO member, as well as a member of three RWA chapters: Gulf Coast, Hearts Through History and FF&P. My contemporary geek romance novelette, BEER AND GROPING IN LAS VEGAS, is contracted by Secret Cravings Publishing, and due to release in January 2013.

MUST LOVE BREECHES has finaled in ten RWA chapter contests in 2012–in the Regency/Victorian/Georgian category of the Hearts Through History’s Romancing Through The Ages contest, and in the paranormal category for Washington DC’s Marlene contest, San Antonio’s Merritt contest, Virginia Fool for Love contest, Celtic Hearts Golden Claddagh contest (winner), Greater Seattle’s ECO contest, Georgia’s Maggie contest, Utah’s Heart of the West contest, and Denver’s Molly contest, and in the time travel/steampunk/historical category of FF&P’s On the Far Side contest.

Are you querying right now? What have you found in regards to query tone and voice? If you’ve read MLB, do you think this query matches in tone and voice?