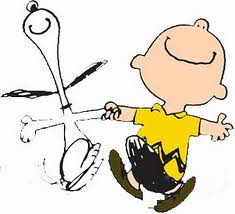 I’m so very excited to announce that I just signed my first writing contract! It’s for BEER AND GROPING IN LAS VEGAS, a 13K word novelette, due out in January 2013 by Secret Cravings Publishing!

I actually had two contract offers on the piece and opted to go with Secret Cravings, which I’m very excited to be a part of this established e-publisher.

I have to admit, I got choked up when I received Secret’s contract. I felt like all my hard work (and obsession with writing) had finally paid off, that it was a reality, that I hadn’t been fooling myself that I could do this.

This Sunday, for Six Sentence Sunday, I’ll post the opening six sentences to give you a taste 🙂

Here was my query, which I’ll use as my jumping point for my blurb:

Riley McGregor is a geek trapped in a Good Ole Boy body and as owner of a microbrewery, he’s just not meeting his type. Smart chicks never look at him twice. He’d like to find someone who appreciates him for who he truly is.

Rejected by a geek who wanted to “trade up,” Mirjam Linna has lost herself in her work as a computer programmer. When a djinn and a magic slot machine bring these two together for a blind date, Mirjam wants nothing to do with it. However, her sister threatens more drastic measures if she doesn’t take advantage of the offer. Mirjam agrees to dinner, but after that, she’ll say thanks, but no thanks, and see what’s on late night on the SyFy channel. But when they meet, they are surprised to find they had a shared connection in their past. Sparks fly as these two learn to be in the moment, be themselves and find love.

BEER AND GROPING IN LAS VEGAS is a romantic comedy with paranormal elements, complete at 13,400 words. Fans of Star Trek, Star Wars, Monty Python, Firefly and Marvin the Martian will enjoy this romance.

Obviously, I’m super excited for a number of reasons. One of them, oddly, is that I’m looking forward to the process: working with Secret Cravings on the cover, working with their editor to polish this puppy up, etc.!

I also want to thank my Beta readers who helped me get my submission to a place I felt confident sending it out. Thank you so much!

What about you? If you’re contracted, do you remember that first moment when someone actually said “yes”?

44 Replies to “I’m a contracted author!”