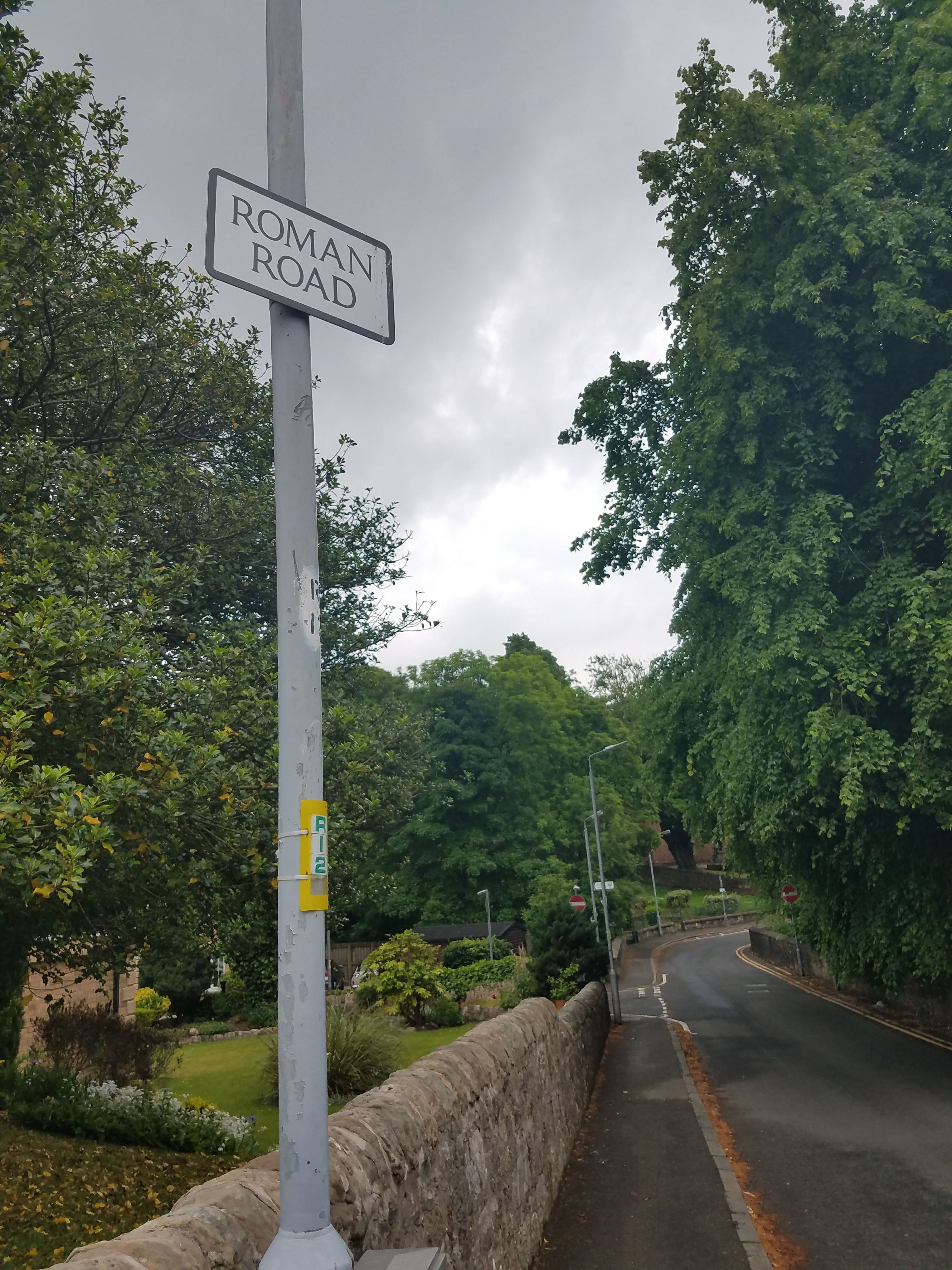 I totally forgot I was going to blog every day, so I’m going to do some quick blogs over the next 24 hours to get anyone caught up who is following my blog! 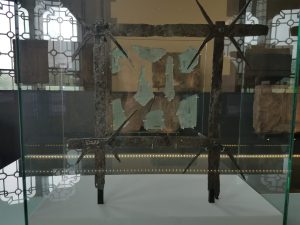 I landed at 5:30 AM on Saturday to a foggy morning in Scotland and after a quick customs check and a cup of tea and a chocolate croissant, I hopped in my rental car. Unfortunately, I wasn’t able to sleep on the plane (I usually can) so I was exhausted and decided not to do any sightseeing. After doing some quick errands in Glasgow, I headed up to the Loch Lomond region and my hotel, struggling to stay awake the whole time.

I ended up having to hang around there until check-in at 3 PM and then it was hit-the-hay time for me! Slept until around 7 and got dinner and forced myself to stay up past midnight.

The first real day in Scotland–yesterday–I decided to hunt for traces of Scotland’s Roman past because the book I’m researching takes place in 156 AD and has scenes along the Antonine Wall. First stop was a no brainer–the Hunterian Museum in Glasgow, which has the richest collection of Roman artifacts from the Antonine Wall.

There I witnessed the triumph of Rome conquering the native population, carved in stone, and tried to picture what this must have been like for the locals. How bewildering and alien and intimidating (possibly). Pictured above is a glass window from a Roman building, something that would definitely have been unheard of to the Celts of the region.

I also couldn’t resist checking out the rest of the museum, which contained some really amazing 19th century scientific equipment. It was a steampunk lover’s dream! Some of the collection was from Lord Kelvin, and I could easily see him as the prototype for one of Amanda Quick’s brainy scientific heroes!

Next I drove west to the region where the Roman fort was located at what is now Old Kilpatrick. The fort marked the westernmost point of the wall. Nothing visible remains, however. But going by descriptions I was able to locate where the fort lay, which is now under modern buildings. From there I wandered over the Clyde Canal to the river’s edge to get an idea of how the approach by river would have looked to my characters.

With some of the day still left, I headed back east to the location of the next fort along the wall–Duntocher. Here I found more evidence of not only the wall and fort, but also its impact with the landscape and culture. The site sits atop Golden Hill and the road running alongside is called, you guessed it, Roman Road. There’s a small, modern housing development tucked into the bottom of the hill called Roman Court. From there you can walk up a winding path to the first marker and remains. I took a video of this location. Not much of the all to see, just some a few scattered stones hidden in the grass, fenced off. I do appreciate, though, that they’ve marked it off, because otherwise you’d easily walk right past it.

Taking the path farther uphill, I reached the summit and another marker. Here they mow the grass in the outline of the fort and its walls, though there are no visible remains otherwise. See my video. 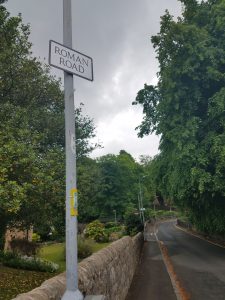 By then it was close to 7 PM, so I headed back up to my hotel for dinner and rest! Boy, do I need it–I’m still tired LOL.