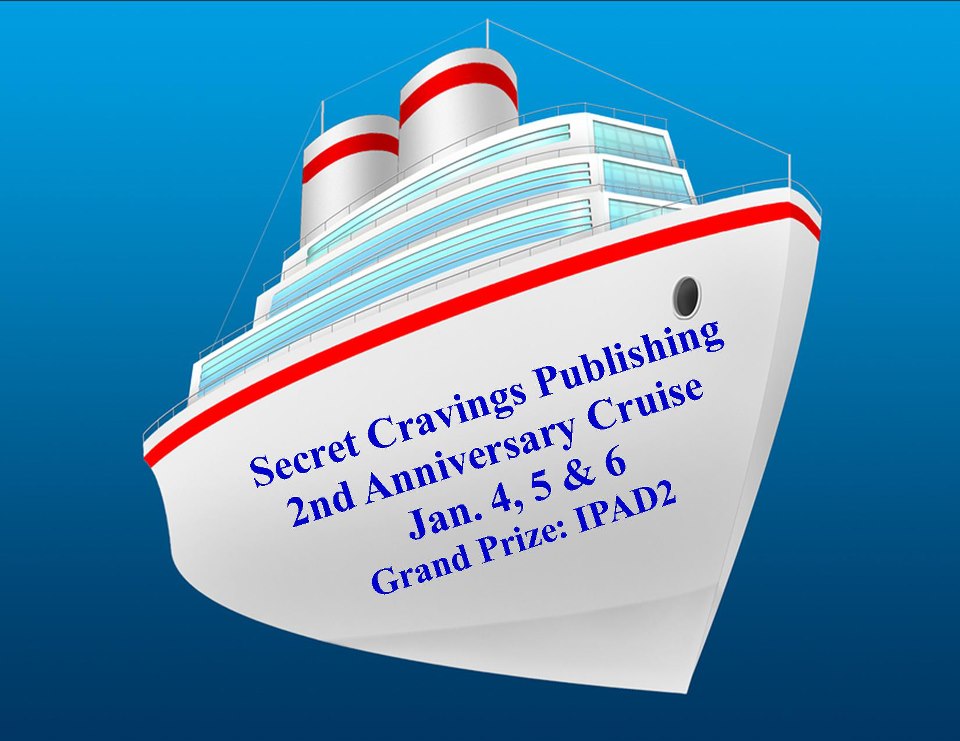 I and 29 fellow authors at Secret Cravings Publishing are celebrating the two year anniversary of Secret Cravings with a blog hop and giveaway! Entry for the awesome grand prizes is easy, collect the cruise stop locations of 25 of the 30 participants by matching the location to the participant! More below…

My Location is…. Virginia Beach, VA

“It really is just truly a fun read. It’s written really well. It’s short, but the author gives you snippets about these characters so you feel like you really know them and can connect to them.” —Smitten With Reading

“Ok so this book is sooo fun. It is a quick 46 page ecopy book but it is filled with sarcasm, wit, sexiness and a lot of humor…The sexual tension in the story is great. I was laughing in the beginning and then saying “Hawt” towards the middle. When they finally *cough cough* well you know, it was gooood reading” – Angie J, Twinsie Talk Book Reviews

And on Jan 3, the book trailer was reviewed/featured in Robin Covington’s USAToday’s HEA column!

And if you’ve read it and don’t already have a favorite, I’d love your Vote for BEER in the preditor & editor’s poll!

And now onto the prizes!

You have a chance to win:

Cruise on over to the other participating authors and collect their locations to enter to win! Once you have 25 of the locations paired to their author, email the answers to: reviewcoordinator@secretcravingspublishing.com