Welcome to my stop on the Secret Santa Blog Hop! We have lots of fabulous prizes for you, with several chances to win. I thought I’d share a true Christmas story from my life.

Have You Ever Been Desperate for a Christmas Tree?

We are notorious procrastinators in my family and we’ve been known to wait until the last minute to get a tree for Christmas. One year in particular was quite interesting. My parents were living in Brooklyn at the time (they moved up there from Florida–we also do everything backwards) and my brother and I arrived Christmas Eve I think. Anyway, it was pretty dang late to be getting a tree. We set out from their brownstone in Greenpoint and couldn’t find a single lot still selling trees. And remember, this is Brooklyn, so we were walking and I’m sure it was cold too!

We’d quite despaired of finding a tree until we were walking back home and, I kid you not, found one in a dumpster! We looked up and down the street and rustled that sucker out of the bin! It wasn’t in too bad shape, and still had some tinsel clinging to it–we figured someone had left to go out of town and disposed of it before they left.

We took our Charlie Brown tree home, put the squished side against the wall, and decorated it. It was beautiful! You couldn’t tell it had been in a dumpster… I swear!

Now, onto the prizes!

From me, you could win a PDF copy of my upcoming release BEER AND GROPING IN LAS VEGAS. You have three ways to get more entries. One for following my blog. One for leaving a comment and another for answering the question at the end.

Our Grand prize will be a Kindle Fire HD 7″, plus books to put on your Kindle. Here is a list of the books you will get:

For instructions and more chances to win the grand prize, visit the hop host and keep hopping! For each stop, you increase your chances of winning the grand prize!

Here’s my question: Have you ever gotten your tree from a dumpster? 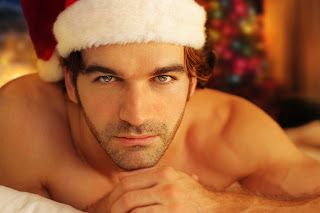