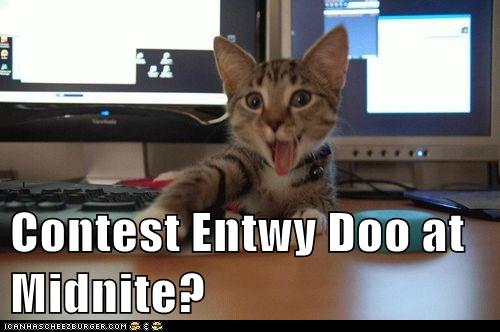 Hi, my name is Angela, and I’m a contest whore.

It’s taken me finding an agent to finally break this habit I started  less than a year ago. I thought I’d parse what it’s been like and things I’ve learned in case it might be useful to others.

To give a little background, I entered my first contest in December (didn’t final) and have been ridiculously addicted ever since. I’ve only participated in RWA (Romance Writer’s of America) chapter contests, and for those unfamiliar with this unholy round, local and special interest chapters of the national organization hold contests whereby for a fee, you can compete with other authors in your category, get feedback from judges (usually some of them are published authors), and if you final, get your MS in front of a coveted agent or editor. Sometimes you can win things other than a certificate and kudos (money, extra pitches at contests, pendants).

So, I happily began marking my little Men of the Stacks calendar at my writing desk with deadlines and forking over the $20-$35 entry fees, nervous and excited. In the beginning, I didn’t expect to final, I was mainly doing it for the feedback and to see how I fared against other unpublished writers. I still remember my first final notification. I had just checked into my room at the hotel in New Orleans for FF&P’s Fantasy on the Bayou writer’s conference (March) and looked at my email on my phone before getting freshened up for my FIRST PITCH EVER. And there was a notice that I’d finaled in Washington, DC’s Marlene Contest. I was stunned and overjoyed and also SO GLAD of the confidence booster as I embarked that weekend on so many firsts (first writer’s conference, first time pitching to an agent, etc). It told me that I was not crazy for embarking on this writing thing.

Other finals followed, as well as many other times where I fell short (sometimes by one spot) and didn’t final. The finals told me the first one wasn’t some fluke like I’d secretly suspected. Over the summer was a day where I finaled in two, bringing the total number of contest finals to seven. I remember thinking, okay, not only were the others not a fluke, this must mean something. As of today, MUST LOVE BREECHES has finaled in ten contests (and won one of them so far), and STEAM ME UP, RAWLEY (which I’d just started entering) has finaled in one (haven’t heard back yet on the few others it entered).

So what have I learned through this madness?

Entering contests is a good trial run at receiving reviews

You will get tons of feedback, sure, but it sure as heck won’t be consistent. I’ve literally had judges in the same contest mark the same sentence as either needing to be cut, or as one of their favorite lines. I’ve had judges say they hated my heroine, and others that loved her. Same with the hero. What this has taught me is that I can’t please everyone. This has been good practice for what it’d be like if I ever get published. I can’t argue back with the judges, even when they’re wrong (yes, they can be wrong). Just like reviewers might be. I can’t get mad if they scored me low because they just don’t like time travels. Just like reviewers might not. I can’t get down every time I don’t final and/or get a low-balled score. Just like I can’t with reviewers.

One tactic that came out of this was that I realized that having a strong voice could hurt me with some judges who just didn’t like it, period. And their score would skew my final score. So then I began to only enter contests that dropped the lowest score when my goals changed from wanting feedback to wanting to final.

With this varied feedback, you quickly start to learn how to evaluate feedback and whether you should heed their advice or not. The absolute WORST thing you can do is make every single change that every single judge suggests. First off, it would be impossible because they can be contradicting another judge. Second, they don’t know your whole story and your characters and sometimes you have to trust your gut. Finally, they could be flat out wrong. And I don’t mean subjective, I mean literally. I had one contest where the judge gave me a 3 for grammar and punctuation (3s in contest lingo is 3 out of 5 and indicates that the entry requires major revision before sending to an agent or editor). Confused I looked at my entry and only three things were marked. Not only was it a tad excessive to give a 3 for three errors in a 50 page entry, but all three were wrong! The lady didn’t know her grammar. Being thorough, and a little insecure, I double-checked my grammar sources. Yep, she was wrong. One of them was for a sadly dwindling form of grammar–the subjunctive mood. Some of you might say, well it’s a tad formal nowadays to use it, but the part she marked was from the hero’s POV and he’s an educated man in the early 1800s, so dangit, he’d use subjunctive mood. I won’t lie, sometimes when reading feedback, I gave the computer screen the finger. But I chalked it up to toughening up my writer’s skin and as a growing experience. Many times I got invaluable feedback that really helped me see what I was or wasn’t doing.

Sometimes judges will leave their name, or will contact you after you send your thank you. I’ve had many who have told me they want to be notified when (and believe me I ate up this optimism as they seemed to have more faith than I on this outcome) it’s published. I duly added them to a group in GMail I created for that eventuality, if it happens. I’ve struck up email correspondence with some. I’ve had others recognize me at conferences and say nice things. Look, this journey is hard, so every positive experience you, er, experience, is something to be savored.

I listed my contest finals not only on my About page, but also in my query letters to agents.

I got a request for a full from an e-publisher (I didn’t send it though as I was pursuing agenting first) who was judging the final round in one contest. In another, an agent was judging in the initial round and told me in the last comment in my MS that if I was still seeking representation to contact her. After a while, I started feeling the pinch financially of entering all these contests. Coupled with already getting invaluable feedback, I changed my goal to who would judge final rounds and I began to only enter those contests whose final judges I wanted to be in front of.

Having deadlines to make cannot hurt you at all. It will help get you used to revising in a hurry to make a deadline, or to plan ahead, etc. Regardless, you work out your system in this setting rather than with an editor.

Entering contests can help train you for the submissions process

Each contest has different rules for formatting and for what to send and how. Just like agents and editors. Some contests won’t refund you the money if you don’t do it right. You learn what standard manuscript formatting looks like and to read instructions carefully. Just like you’ll need to do when querying.

Entering contests can buoy you

All of us face doubts about our writing–whether we’re good enough, whether it’s pure crap, whether it’s superficial drivel. Getting comments from judges who absolutely loved your story and your characters can give you the boost you need when you feel yourself slipping into self-doubt. I literally had last-minute, grave misgivings about querying in September. I’d done everything I needed to do and it was time to query, but I had a panic moment where I seriously worried if it was ready. I worried about sending the partial requests I’d gotten at RWA because if it wasn’t ready, I’d just blown it with those two agents. Same with any others I queried, as many nowadays ask for the first 5-10 pages. I DM’ed my writing buddy Jami Gold on Twitter and she stepped me back from the Self Doubt Cliff and reminded me of my contest finals and win. I seriously had to tell myself that yes, okay, those meant something. It gave me the confidence to go for it.

What about you? This isn’t a pure confession as I haven’t revealed how many I entered, but are you also addicted to these things? Did you learn anything I haven’t covered? Did you also get conflicting feedback? How did you handle it?

16 Replies to “Confessions of a Contest Whore…”