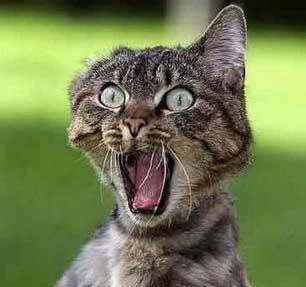 I know why I’ve been procrastinating lately. I’d purposely chosen to not participate in NaNoWriMo in order to concentrate on the final stage of my current WIP: querying agents.

But, Holy Swiss Cheese On A Stick With Sprinkles, no wonder so many writers are opting to go indie! Researching this phase over the weekend (because I finally made myself get off my tuckis– and is that how you even spell that word?) was enough to make me want to go curl up in a dark corner and rock back and forth.

I started last night and found the very helpful PDF created by YA author Elana Johnson.  Other helpful links I’ve found in this vein are Crafting a 25-Word Pitch, Kristen Lamb’s Structure Part 5–Keeping Focused & Nailing the Pitch–Understand Your “Seed Idea” and agent Kristin Nelson’s series on query pitches, starting with Pitching And All That Jazz (look on right-hand sidebar for the rest in that series). This is when the ‘flight response’ triggered.

After twiddling around since early this morning on the interwebs, I finally put on my big girl panties and tackled it in earnest. The way I figure, if I’m scared and daunted, so must a lot of other writers. Perhaps many won’t go further, so if I push forward I will be part of a smaller crowd. Maybe? Anyway, that’s the positive spin I’m going with – picturing another fearsome black gate to pass through and many folks milling around outside.

So, I’m going to tackle this a step at a time. First, the hook. In one sentence, preferably in 40 words or less, I need to encapsulate my story in such a way that an agent will want to keep reading my query letter. It needs to also be done in the style of the novel.

Here’s the back cover copy I came up with a couple of months ago:

Isabelle Rochon is an American museum curator working for the British Museum. When she finds a mysterious silver card-case, she thinks it a perfect accessory for a reenactment ball. But what she thought would be an exciting lark, fulfilling her desire to “live a little history”, becomes more than she bargained for when she realizes that the attendees are a little too realistic: she is truly in 1834 London, England. There she meets Lord Montagu, who’s so hot he curls her toes. A thief steals her silver case, stranding a feisty, modern American in a stiffly polite London on the verge of the Victorian age. She finds it hard to resist her growing attraction for Lord Montagu, known even to his relatives as the Vicious Viscount.

Can their love overcome the biggest barrier of all – time? And what difference will a working model of the Analytical Engine make to the next two centuries?

Hooks, however, need to be short. Elana Johnson gave an example of one of hers:

Jonathan Clarke has everything a seventeen-year-old boy could want—except for a beating heart.

That would definitely make me want to keep reading! Michelle Maclean, in her helpful post How To Write A Hook Line Or Logline, says that it needs to contain characters, conflict, setting, distinction, and action. She cites several movies’ loglines as examples, like:

When a Roman general is betrayed and his family murdered by an insane and corrupt prince, he comes to Rome as a gladiator to seek revenge. (Gladiator)

But she cautions that it should set the right tone, and shows how that can be so different for the same piece:

So, with that in mind, I took a stab at it. Here’s what I’ve come up with so far:

A modern American girl is stranded in 1834 London and must find her way back to her own time – and, oh, she meets a hunky lord – talk about a long distance relationship.

Would that grab you? Does it have the elements needed? This is in the tone of the novel and I’m pulling a little bit from a line in the novel, when Isabelle, the heroine reflects on Lord Montagu:

Man, talk about a Long-Distance Relationship; chronologically rather than geographically undesirable.

Anyone else struggling with their hook? Put yours in the comments too!

8 Replies to “Boiling down a plot into one sentence – argh!”