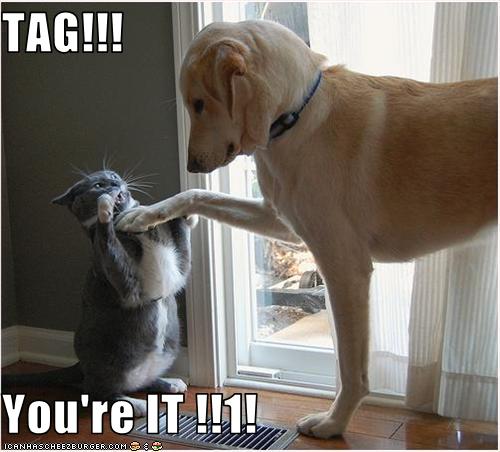 This is a meme going around for about a month wherein tagees answer WIP-related questions and pass it along to others.

I’ve been tagged by Janice Hardy, fabulous YA author of The Healing Wars trilogy, and by one of my Beta buddies Linda Morris, whom I’ve had the pleasure of Beta reading two of her works and am so happy they’ve found publishers!

Rules for The Next Big Thing Blog Hop:
***Use this format for your post
***Answer the ten questions about your current WIP (work in progress)
***Tag five other writers/bloggers and add their links so we can hop over and meet them.

Ten Interview Questions for the Next Big Thing:

What is your working title of your book?

I have several works in various stages of the pipeline. My current WIP is NOT ANOTHER DARCY, a magical realism/meta fiction romance, which I’m doing for NaNoWriMo this month. Langouring in revision is my steampunk romance STEAM ME UP, RAWLEY. Coming out on December 19th with Secret Cravings Publishing is BEER AND GROPING IN LAS VEGAS. But the one I’m going to post about is the one that I shopped for an agent, my time travel romance MUST LOVE BREECHES.

Where did the idea come from for the book?

I’ve always been a sucker for time travel and I’m a Jane Austen nut, so when I was brainstorming ideas for NaNoWriMo back in October 2010, I thought it’d be cool to go back in time to the Austen era and do some kind of tie in. But then there’d been others who’d explored that ground already and so I was noodling around in Wikipedia looking at famous people in that time period my heroine could meet and looking at Lord Byron’s page. It was while looking at that that I saw the entry about Ada Lovelace, and I was like HER. My heroine needs to meet her! So I readjusted the time period to 1834.

What genre does your book fall under?

Time travel romance, and in contests that usually falls into the Fantasy, Futuristic and Paranormal category. I do get dinged by some judges saying they don’t understand why it’s in the paranormal category, which is frustrating, because that’s where it’s supposed to go according to their own definitions.

Which actors would you choose to play your characters in a movie rendition?

Oh man, I’m horrible with actors’ names and who’s who. I know that during revision, when I saw Toby Stephens play Mr. Rochester in one of the Jane Eyre versions, I sat up and thought, hey, that’s the closest in my mind to Lord Montagu! So him, but for Isabelle I have no clue, sorry!

What is the one-sentence synopsis of your book?

When a modern American girl working at the British Museum finds herself stranded in pre-Victorian London by a mysterious artifact, she must find a way home while navigating the pitfalls of London society, resisting her growing attraction for a hunky lord, and ultimately having to decide when her true home lies.

Will your book be self-published or represented by an agency?

I signed with Maura Kye-Casella at Don Congdon, Associates on October 4th. We were scheduled to start submitting November 1, but Hurricane Sandy has delayed that, but hopefully we’ll be submitting soon.

How long did it take you to write the first draft of your manuscript?

I think it took me a little over thirty-two days? I did it for NaNoWriMo and passed the 50K mark after twenty-eight days, but I kept writing as it wasn’t finished and I seem to remember that it was a couple of days after NaNo ended. But that was in 2010 and I’ve been revising and polishing it until this past September.

What other books would you compare this story to within your genre?

That’s a tough one. For time travel and humor, maybe Sandra Hill’s The Last Viking

. In my queries I compared the tone to Lauren Willig’s The Secret History of the Pink Carnation

and Katie MacAlister‘s contemporary romances. After querying, a comp did come out: MacAlister published a time travel in September, A Tale of Two Vampires: A Dark Ones Novel

. However, I also said that fans of the movie Lost in Austen would enjoy it as well.

Who or what inspired you to write this book?

NaNoWriMo looming around the corner back in 2010!

What else about your book might pique the reader’s interest?

I think it’s a little different in that it explores an aspect of 1830s London often overlooked, which is the scientific side of things. Not only is Ada Byron Lovelace a main secondary character (credited as the world’s first computer programmer), but my heroine stays at the home of polymath Mary Somerville, and she attends a soiree at Charles Babbage‘s house, and sees him demonstrate The Difference Engine. She narrowly misses seeing Michael Faraday at the same party.

Include the link of who tagged you and this explanation for the people you have tagged.

Here’s my peeps (these are all Beta buddies–those whom I’ve swapped stories with for feedback):

5 Replies to “I’ve Been Tagged: The Next Big Thing Blog Hop”